Development and production of lightweight packaging solutions for military transportation, handling and storage.

PPD is an innovative Danish company, serving the defence industry and specializing in the development and production of lightweight packaging solutions for military transportation, handling and storage of hazardous, high valuable and fragile goods according to military requirements.

How the relationship started

This is a relationship that has formed over several years and several different forums.  The two Chief Executives worked together as their National Representatives at the European Land Defence Integration Group (ELDIG).  Through ELDIG we were involved in several high level discussions concerning defence eg Offset, common standards, joint international programmes etc.  We decided that there were things that we as small companies could offer each other, and started working together on particularly offset projects.  When Lutra was set up PPD were kind enough to ask us to help them access the UK market, particularly the MOD.  This has involved a number of issues ranging from arranging meetings, briefings and presentations, attending meetings on PPD’s behalf, acting as the Project Lead on Project ABEL the rationalization of the MOD’s ammunition supply chain and attending industry days and exhibitions representing PPD. These day to day tasks have been supplemented and perhaps dwarfed by the task of  facilitating and organizing a series of so called “bonfire tests” of the PPD LWACs plastic ammunition cases. Each test is expensive and time consuming and involves burning between 1 and 17 LWACs full of as many as 15,000 rounds of ammunition in a very hot fire and recording what happens to the cases and the ammunition within them. In the course of the tests we have shown the previous assumptions made for steel cases are wrong and that plastic cases are safer, helped pick up and record several thousand rounds which have fallen to the ground as the fires burnt, many had exploded in the heat so the fragments needed recording too and then helped manage the consequences and expectations generated by the tests.

In all of these activities Lutra’s previous experience in the MoD, the Army and civilian defence industry has been invaluable. Being able to quickly identify the person or at least their appointment that one needs to talk to has been really useful.  It cuts down wasted time, boosts visibility and helps establish the raport required with the end users and the desk officers enabling activity to be completed quickly and sensibly.

Patented designs and special developed raw-material resins is what made it all possible. It is the logistical and tactical Light Weight Ammunition Cases for the future. Ammunition (small, medium and large-arms), pyrotechnics, explosives, countermeasures, flares, weapons and other dangerous goods can now be placed and transported safer and cheaper. 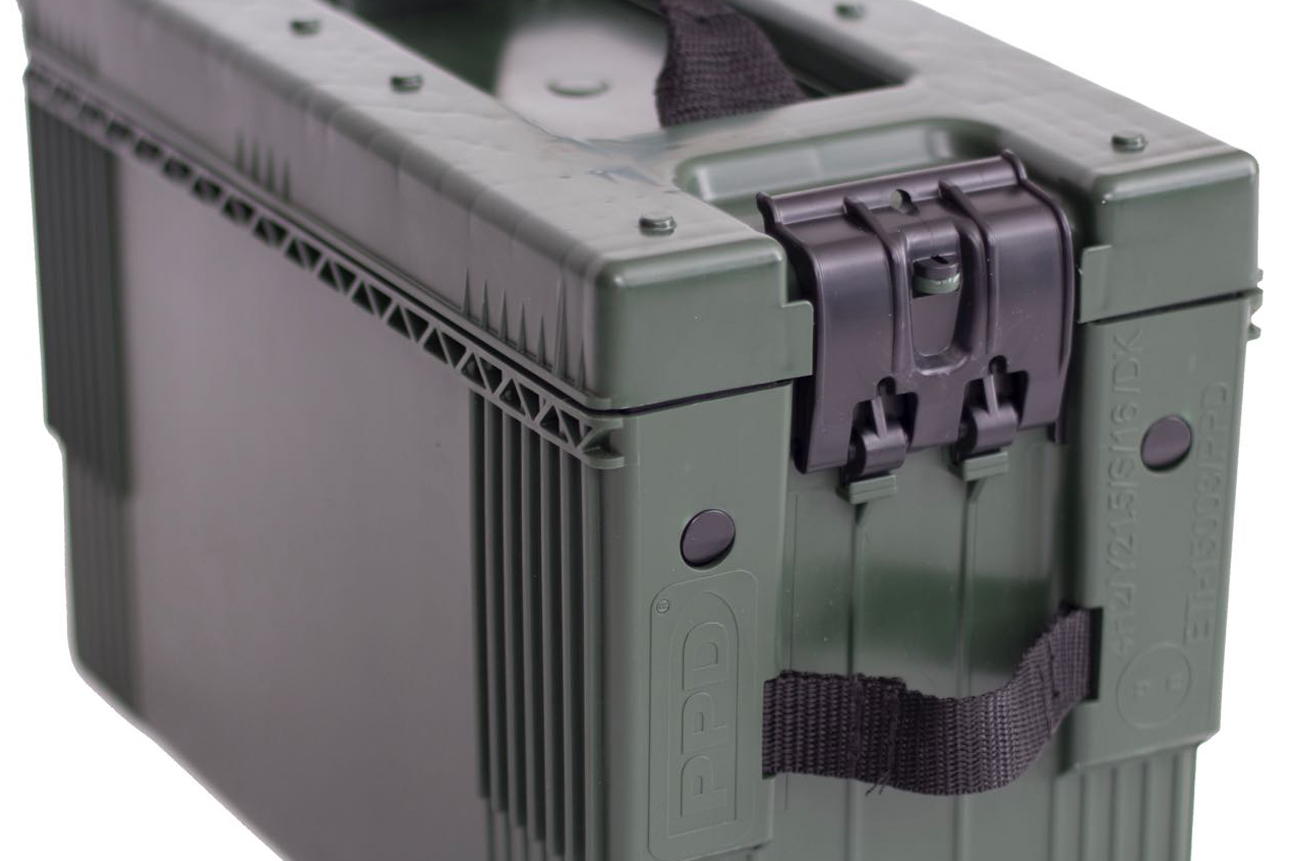 PPD´s new innovative Light Weight Ammunition Cases (LWAC®) are based on PPD´s newly patented design ideas and PPD´s specially developed raw-material resins. PPD Light Weight Ammunition Cases (LWAC®) are designed as a full drop-in replacement for existing systems, and accordingly to all military requirements and standards. The development and design has been performed in close co-operation with end-users and the ammunition industry.

“We have been working closely with Tim since we founded the company in 2012, and especially in UK where he function as our agent towards not only MoD but the entire defence industry. ”

Without the support from Tim we have never been able to come so fare in a single market as we are in UK. Tim has an excellent talent for getting in touch with the right key persons within every organization, and then this is combined with Tim´s outstanding sales skills and technical understanding, it really works, and we are great full to Tim for this.

Besides helping us in UK, we got a lot of help from Tim, due to his enormous network within the global defence market, build up over many years, first in the UK army and then during many executive positions within the industry.

Tim gets things done, and that’s a privilege to a small start-up as us, to have Tim as our partner.